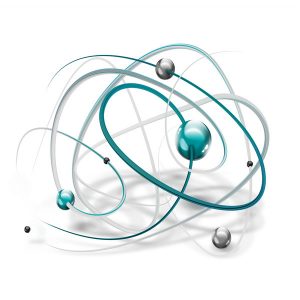 The field of X-ray fluorescence (XRF) spectroscopy is challenging and exciting. XRF was originally used to analyze geological samples. As the technique developed, with the advancements in computers and technology, XRF found its place in many different types of analytical laboratories. With advantages such as easy sample preparation, nondestructive rapid multi-element analysis, and the ability to screen unknowns in a wide array of sample matrices such as liquids, solids, slurries, powders, pastes, thin films, air filters, and many others; XRF offers a perfect complement to other types of analytical equipment found in the analytical lab. Because of these advantages the technique has a broad appeal to research, industrial, and quality assurance analysts.

XRF touches many aspects of our lives indirectly. It is used in the quality control of many products that we encounter daily. Determination of Fe content in milk powder and essential minerals found in vitamin tablets are examples of how XRF plays a role in our health. The ability to screen unknown samples in their raw form, aids in protecting us from hazardous chemicals, as well as identifying the elemental composition of evidence from a crime scene. Many other applications can be found in the applications section in more detail.

Back in 1909, Charles G. Barkla found a connection between X-rays radiating from a sample and the atomic weight of the sample, laying the foundation of X-ray Spectroscopy. In 1913, Henry Gwyn Jeffreys Moseley helped numbering the elements with the use of X-rays, by observing the K-line transitions in an X-ray spectrum and establishing a relationship between frequency (energy) and the atomic number.

The potential of the technique was quickly realized, with half of the Nobel Prizes in Physics given to the development in X-rays from 1914 to 1924. Originally X-ray spectroscopy used electrons as an excitation source, but the requirements such as a high vacuum, electrically conducting specimens, and volatility of the sample posed major roadblocks. To overcome these problems an X-ray source was used to promote the fluorescent emission in the sample. Excitation of the sample by this method introduced roadblocks of its own, by lowering the efficiency of photon excitation and requiring instrumentation with complex detection components. Despite these disadvantages, the fluorescent emission of X-rays would provide the most powerful tool for the analyst using commercial instruments. X-rays have been used for commercial elemental analysis since the 1950’s.

Although X-ray fluorescence spectroscopy is no longer regarded as a new instrumental technique for elemental analysis, ongoing evolutionary developments continue to redefine the role of this important analytical tool.

From the demonstration of the first principles in the 1960’s to the development of the first commercial instruments in the 1970’s, the increasing availability of affordable computational power has at least been as important to the desirability and acceptance of the technology as the innovative hardware design. With the widespread availability and use of microprocessor personal computers as the industry standard platform, X-ray fluorescence spectroscopy has become a useful and complimentary laboratory tool to other techniques.

For more details about the XRF technique please visit LearnXRF: